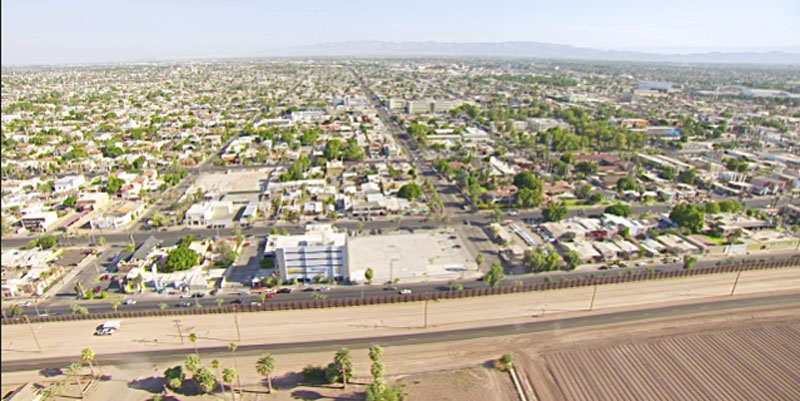 The Calexico site is roughly 1 acres of gross land area with a net building design of 5,320 sq. ft. Our Project in Calexico, CA is located just minutes from the Hwy 111 border crossing into Mexico. The site is an outparcel located in the highest grossing Super WalMart in the country with annual sales of over $150 million. Our project is designed for a Starbucks Coffee, a large restaurant tenant, and a smaller retail shop. Construction shall commence in July ’07 and the scheduled project delivery is slated for December of 2007.

The site is located in the heart of Calexico off of the Imperial Highway. The City of Calexico continues to be one of the most progressive and economically dynamic cities in Imperial County. The center is anchored by one of the most successful Super Wal-Marts in the country. The center draws upon the heavy traffic from the Calexico Port of Entry from Mexico located two miles south of the shopping center. This leasing opportunity offers the chance to join other successful surrounding retailers such as: Sonic Burger, Washington Mutual, Union Bank of California, Toys R Us, KFC, Burger King, Radio Shack, Dress Barn, Big Lots, Dollar Tree, Carrow’s, Denny’s, Sally Beauty Supply, and many others.